Seven years ago the most wonderful little soul was born. Three months later while visiting my brother-in-law and sister-in-law in North Carolina, I found him. Living in horrible conditions with 7 brothers and sisters jammed into one kennel. He was skinny, scared, and soaked in feces; but beautiful. Half Boxer and half Lab. It was love at first sight 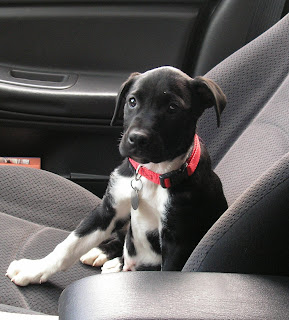 We named him Hydro Dakota

After only two days, he stopped eating and drinking and was coughing so hard he could barely breathe. I took him to the emergency vet (he was difficult from the start!) He was malnourished, dehydrated and had a severe upper respiratory infection. A couple hundred dollars, saline between the shoulder blades to hydrate him,  antibiotics and a couple of weeks to come back from the brink of death, we started to discover the real Hydro.

Hydro was the most frustrating puppy in the entire world. He chewed everything in sight- the baseboard molding, a hole through the wood floor to the sub floor, towels, collars, a bunch of dog beds.. He took 6 months to house and crate train. I’d put him in the crate, he’d poop, then roll in it before eating it! One day he got 4 baths…yup, even dog moms have to wake up in the middle of the night.
But through all of that- there was one thing you couldn’t deny.. This kid had spirit and spunk. A silly goober.. Always tail wagging, sloppy kisses, excessive hyper activity..  You just couldn’t look at that face and stay angry. 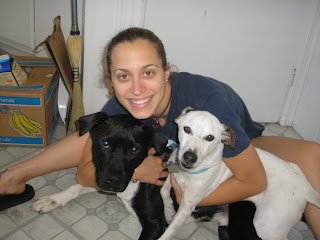 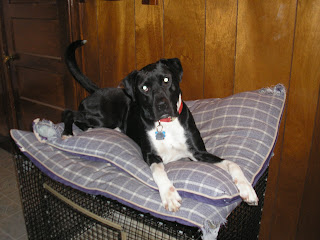 As he got older, he grew out of the poop eating (thankfully!) and the chewing, but the puppy playfulness never went away- He even did forward rolls! 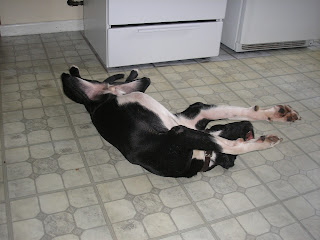 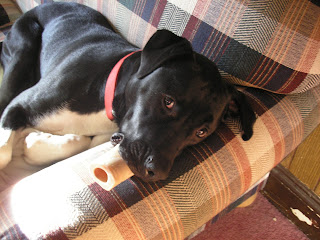 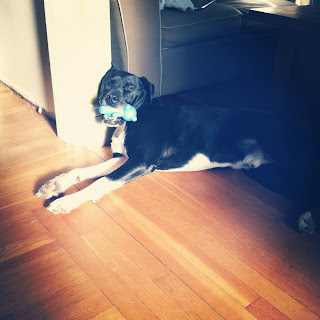 His tail was a whip- it dented our friends car door, our stainless steal refrigerator.. gave people bruises, and hit many men in unfortunate places. 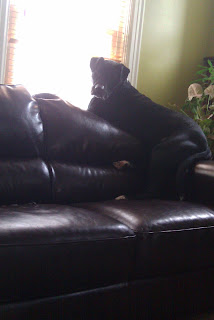 He ate his fruits and veggies without any trouble 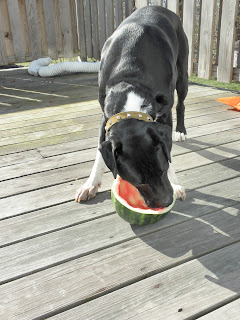 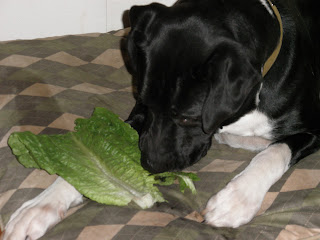 He never took life too seriously 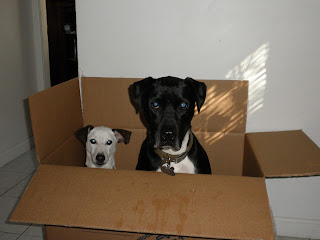 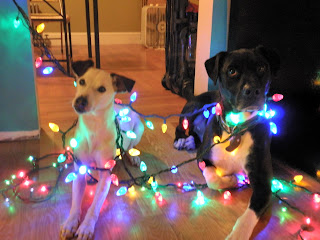 He had manners- he knew how to say please 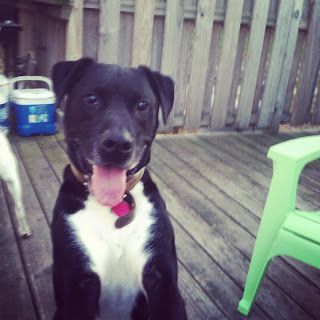 And wait patiently (kind of) 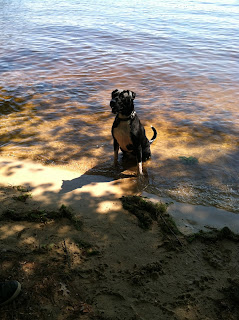 About a year ago, Hydro started to live up to his name and took up swimming 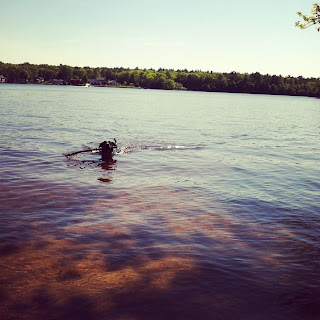 Hydro lived life to the fullest, every minute of every day.

In June of 2012 Hydro underwent a surgery  it turned out he didn’t actually need. 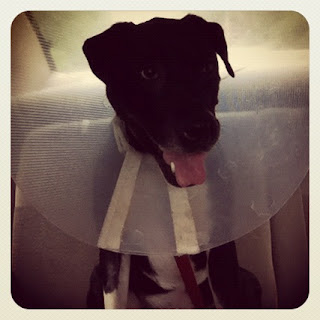 While everything seemed to be ok at first- the weeks and months that followed proved otherwise. (That picture above was the last time I would ever see that smile post surgery)

All of the life had gone from his eyes 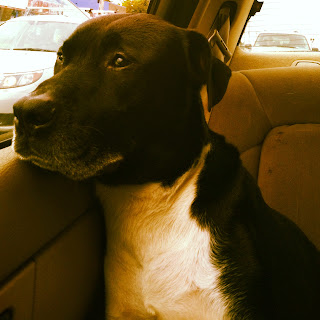 No more tail waging, toy playing, zest for life.
We were heart broken- unsure of what was wrong. I took him back to the vet 3 times, and when they didn’t help at all (or take responsibility for whatever went wrong) I took him to 2 more vets- all over the course of 6 months. In total we would spend over $1200- that we didn’t have. I changed his diet to raw food, put him on a liver cleanse, made him chicken broth- anything to get him to drink water and eat. The last vet we went to finally told us that he had brain damage from the surgery- that we were never going to have Hydro back. 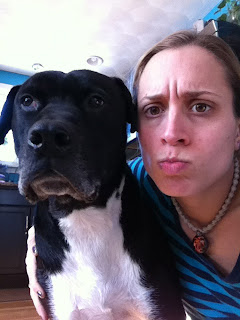 On some level, we already knew that.
But I couldn’t help waking up every day and hoping that it would be the day he would wage his tail, or give me puppy kisses.
We walked him (something that he used to LOVE- and at least seemed to still enjoy at some level) 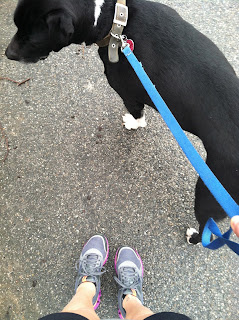 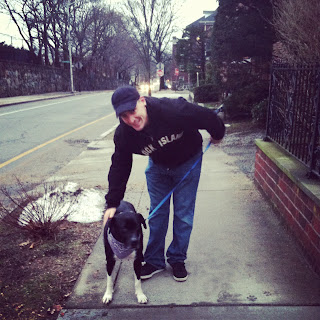 Bought him new toys, let him sleep with us on the bed.
We didn’t know if he was in pain or distressed.. But he started to do weird things.
He would walk into the corner and just stand there, staring. 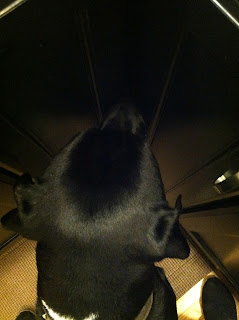 Hide behind the shower curtain or the toilet howling and crying 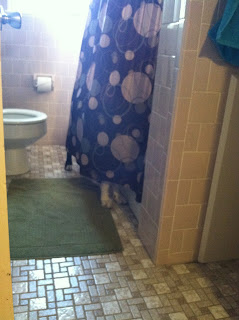 He just always looked so sad. He was held prisoner in his own mind and body 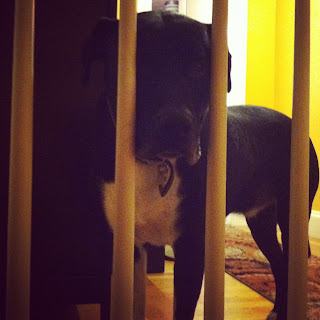 We spent a lot of time talking about what was best for him. All of that time crying and being pissed off at the vet.

Over the last couple of weeks, he really started to decline. He wouldn’t eat at all unless I fed him- sometimes only if I held the bowl, or put it in my hand. He nipped at James, growled and barked at us (something Hydro would have never ever done. He didn’t have a mean bone in his body) he started howling ALL THE TIME. He paced around the house.  He always wanted to be close- and I think I knew he was trying to tell me something 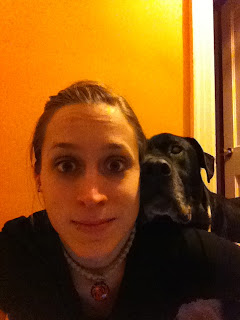 After more talking and a million more tears, we decided we had to let him go. Choosing what was right for him was easy- it had been a long, painful and stressful 8 months for us all- but going through with it was a whole different story.

We were killing our baby.

No matter how humane, or painless it would be for him (we actually believe it was pain relief for him) it is still an unthinkable option. He had only just turned 7 on Valentines day. I wasn’t ready- but he was ready. So You suck it up and be strong for him.

On Sunday Feb. 17- held him close on the floor of the vets office, whispering in his ear “I love you Hydro” “Your such a good boy” “Mommy loves you” Stroking his face and his velvety thick ears.

And then he was gone.

Finally he was at peace.
I cried on his shoulder and held him tight. I felt so numb, but so raw all at once. I had to get out of there. I slid his collar off with shaking hands. Rubbed his face and ears and kissed him one last time on my favorite spot- The flat spot between his eyes, slightly on his forehead, before running out the door.

And then I got really drunk

To my beloved Hydro.. You touched my life in ways I could never express.. Amazing spirit, Puppy snuggles, forward rolls, so many kisses I can't count, personality out the ass, furry feet, swims in the pond, tail whips, singing, and more love than the world could handle.. You brightened my life from the moment I saved you- you saved me..forever in my heart and on my mind. I loved you more than you could even know.. Be strong my love- mommy loves you.. RIP ♥