One of the reasons I was excited when we bought our home was the ability to be a micro-farmer. I’m no expert- not even close, but I’ve had a garden once at an old apartment and some when I was growing up. There is just something to be said about fresh garden veggies, especially when you’ve grown them yourself. So this week we spent a ton of time ripping up weeds (which seems to be all that we can grow at the moment, ha) decided what we were going to grow and how it would be placed into the space. Sunday afternoon we went to the local nursery to scoop up some babies and give them a new home.  I’m not lying when I say we went a bit over board. I’m talking 16 tomato plants, 12 lettuce plants, 4 swiss chard, 4 basil, 1 parsley, 2 bell peppers, 4 cherry peppers, 4 cayenne peppers, 4 broccoli, 4 collards, 4 beets, 4 brussels sprouts, 8 kale, 4 green beans, 4 squash, 4 zucchini , 4 cucumbers, 4 pickling cucumbers. Whew.. 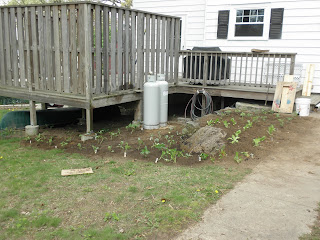 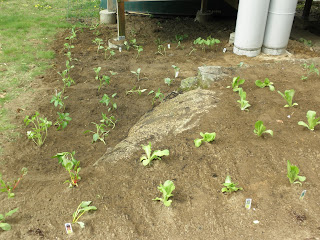 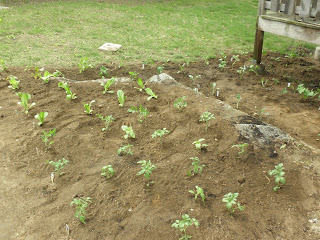 This spot was previously unused, and kind of ugly. We have the propane tanks, the random rock wall and some stairs that shouldn’t be used for anything but pot holders. If all goes well this will be the permanent garden space- which we will eventually make raised beds. Anyway we are hoping to grow in abundance so I can share with family and friends, and have enough to process and use through out the fall.
Moving on... a couple months ago James went to brew his own beer. He had an amazing time, learned a bunch of cool stuff- an got 12 cases of beer for less than it would cost to buy them at a liquor store. One of the beers was a porter, it’s super dark-almost black and smells pretty strong. There is no way I’m drinking it, but I can put it to use in some thing else: 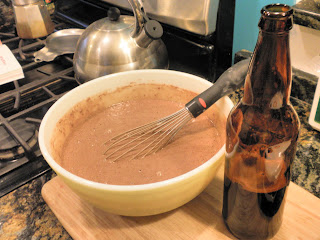 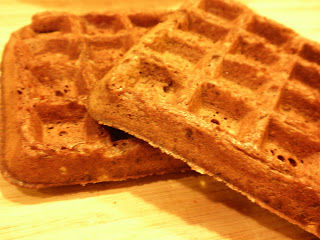 That’s right- chocolate beer waffles! Seriously these things are so amazing I wish I could take credit. The recipe was taken from Vegan Brunch- Isa is seriously a genius! So when the hubs asked if I would make these I jumped at the chance. I made a double batch which seriously made about 30 waffles!! Apparently they were good because he ate 6 of them for breakfast this morning. I hate that men can eat whatever they want in whichever quantity and still have no worries about gaining an ounce. He’s lucky I love him!

Bottom line.. Run out and get ALL of Isa’s books- I don’t care if your vegan, veggie, omnivore.. just go get the books and make as much food as you can stand.. You will be happy about it I swear :)
Posted by ZippyZu at 8:02 AM No comments:

Saturdays workout marathon included a 20 minute run/walk on the treadmill, 1 hour of yoga, 1 hour of pilates, and finally a 2 hour walk with Hydro. Needless to say my legs were like jello- and the blueberry margaritas my friend made to go along with dinner were EXACTLY what the doctor ordered :) The 3 lbs of tortilla chips and guac that I had along with them really amped it up! Coming home to prep the baked french toast while a bit drunk was interesting- but I managed to get the job done. And then this happened on Sunday: 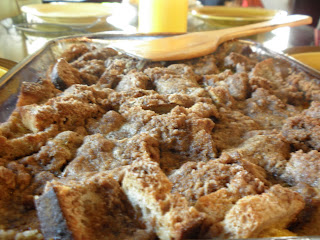 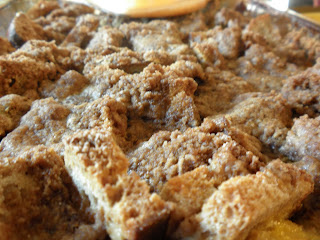 Oh. My. God. I know butter is supposed to be sinful- but seriously it’s so worth it!
Posted by ZippyZu at 7:28 AM No comments:

I can’t believe it’s Friday already! Officially two weeks from today I will be on a plane to San Diego! But lets back up, shall we? Before the weekend can officially start I needed to get rid of some photos lingering on the camera. I took them with the intent of sharing earlier durning the week so it’s only fair that I give them that.  First up the food- 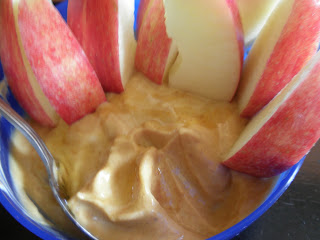 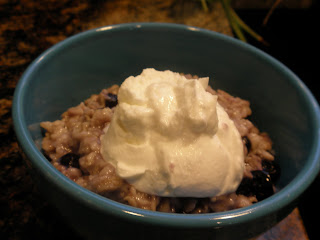 Blueberry oats topped with Greek yogurt (Can you guess what I’m addicted to?) 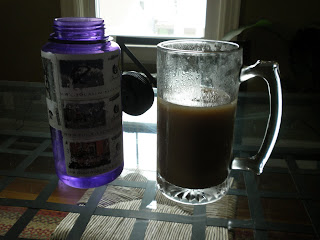 I realize this is more liquid nutrition- but this kids needs gigantic coffees with waters to match to make it through the day. 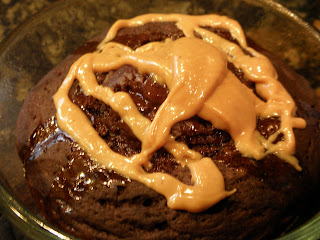 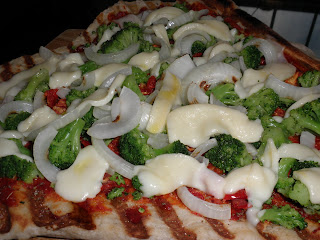 First grilled pizza of the season- had a better picture but somehow deleted it. Oops.

During the errand travels I found this little number for the kitchen- I just love it! Thanks Target- plus it was only $8! What more could this girl ask for? 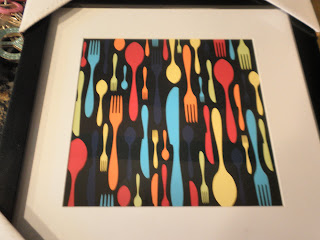 And finally I accomplished planning the garden. It too a lot of time and lots of erasers, but I’m pretty stoked about the plan. 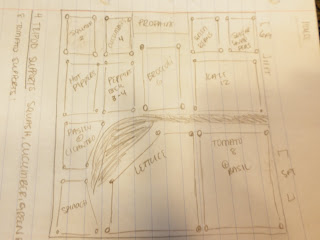 This summer we are going to be (hopefully) knee deep in fresh veggies. I’m going to be half-way unemployed when I return so I’m putting a lot of love into this garden. I may have to resort to eating bugs if things doing work out.

So what are your the plans for the weekend?


For us: Tonight James and I are heading to the city for a nice long walk and dinner, though plans are up in the air for the rest of the evening. Tomorrow James has school, I have yoga and pilates- maybe some gym time for a mini “tri-athlon” and Sunday of course is Mothers day! We have both moms coming over in the morning for breakfast. Expect many photos now that the camera is clean :)
Posted by ZippyZu at 12:55 PM No comments:

3 is my most favorite number- ironic since I don’t like odd numbers. I know that is pretty weird- in case you haven’t been reading or just don’t know- that’s how I roll. 3 is the number that Babe Ruth wore and 3 is the number of shifts I have left in the waitressing hell hole! If you have been or are part of waitstaff you understand how the job can be awesome but really crappy at the same time. Awesome because of the money made in a short amount of time. Crappy because of the way people sometimes treat you and the way you get sucked into the money making. One day your innocently applying for a job while you finish college and the next thing you know your married, with a home and a car, trying to make a career out of teaching yoga and 4 years has past! Oh wait.. that’s just me?
.
2 is the exact number of weeks I have before I leave for San Diego! 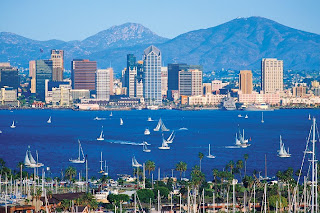 fabandfru.com
Um does it really look this awesome?! I sure hope so. Since this is my first trip to California I’m pretty amped up about it. Not sure how much time I’ll have to explore outside of the training but I’m hoping to catch a couple glimpses!
.
1 hour is the amount of time I have before I head off to work. Time to squeeze in some yoga :)
What are your 3,2,1’s?
Posted by ZippyZu at 4:05 AM No comments:

From this mornings yoga practice.

I took this mornings practice from this months Yoga Journal which came it yesterday- the Master Class article was written by my first teacher Natasha Rizopoulos, and I miss taking her class. Fortunately she is now teaching a weekly class on Tuesday which I’m going to check out next week with my fellow TT buddy Meghan :)
A few random thoughts... Yes I do have a garden gnome in my living room- the story behind Stoney (You’ll notice that he’s sitting on a magic mushroom and smoking a pipe also known as the stoner gnome) is that my mom always wanted one of these things, but I always thought they were super creepy. One day my father and I were at the Christmas tree shop and we spotted Stoney among the many gnomes and I thought he was awesome- made my dad buy him on the spot for my mom. He never went outside- but instead hung out on the entertainment center in our living room, forever- I’m talking for 10 years! A couple months ago my mom came over with Stoney in a bag- asking if I wanted him before she got rid of him, and of course I did! I put him outside, but James didn’t want him to get ruined and insisted that the tradition continues bringing him into the house. So Stoney is chilling out in the living room! Secondly- I know the music choice is a bit odd for a yoga practice but upbeat dancing music is where it’s at- it really gets me pumped on the days like today where I start off not wanting to show up to the mat. Turned out to be an amazing practice!
The highlight:
Posted by ZippyZu at 6:39 AM No comments: