Is it really Monday already?! With the break up mid week, its hard to figure out if I’m coming or going… We had a busy weekend though- James bought his new motorcycle on Friday 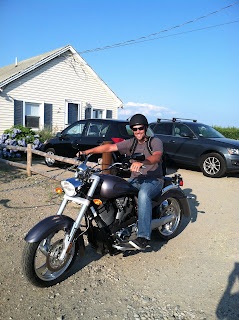 He hasn’t been able to wipe that smirk off his face since ;) I had to convince him to get off the thing long enough to head to dinner.. He didn’t kick and scream TOO much.. So down to Providence we went. It was pretty early in the evening so we did our usual walk around the hood, stopping to share an ice coffee and window shop a bit. I had made reservations but we had quite a bit of time, so we decided to have a little pre dinner desert in the form of froyo.. We’re adults.. we can do that.. 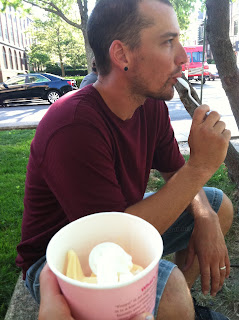 We shared a small cup with original tangy, Mango and pink grapefruit.. sans toppings.. it was the perfect way to cool off after our long walk 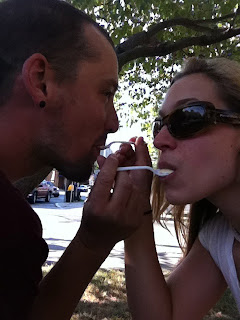 I have the cutest husband in the world.. What other guy would take pictures feeding each other in the middle of the city?
Pre-dinner fruity dessert was the perfect post coffee- but it just made us more hungry. Luckily the restaurant had room for us to change our reservation 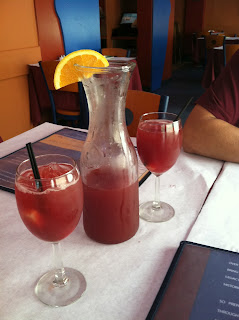 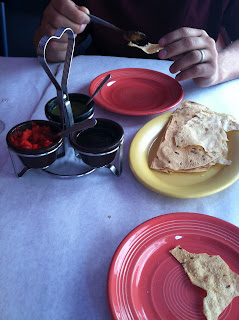 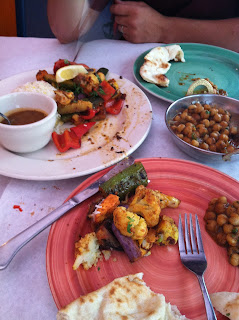 It had been so long since I had indian food and it was amazing! Tandori veggies, Chana Masala (the chick peas which are my personal favorite) Yum yum! After dinner we started to walk to the free concert in the center on the city.. 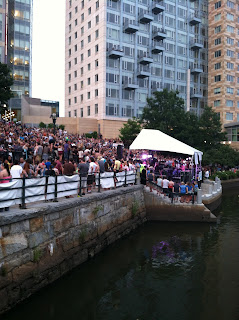 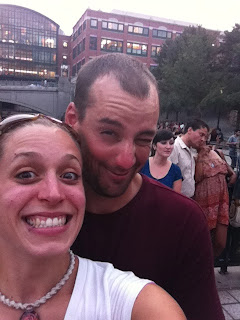 Yeah I can’t believe I’m posting THAT picture.. but thats ok.. There were hundreds of people and it was HOT… oh yeah, and some weird guy standing next to us that actually yelled at us for talking.. Dude, really? Relax, its a free show- I’ll refund you later.. Psst.
Saturday morning was a blur- I have no idea what happened.. but later that night we went to a party, and snacked on these 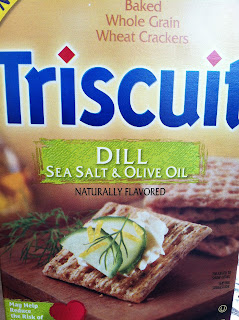 Ohhh buddy- these are amazing.. seriously. 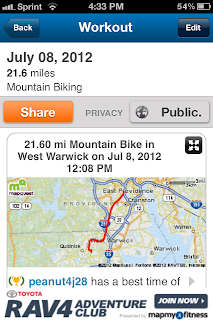 I finished in 1:29:26- it was hot… really hot. I’m glad I had my camel back with ice to keep me hydrated and somewhat cool.. Unfortunately I didn’t plan ahead and had no hydration tablets or anything sugary to snack on so by the last mile I was pretty dead. I don’t know how I made up the hill to my house, but I was very glad to get there!
Afterwards, we went to the beach with some friends- they came to get me and James met us there later on his motorcycle. We didn’t get there until late in the afternoon but it was still beautiful and a nice way to end the weekend :)
Posted by ZippyZu at 1:40 PM