I’ve been getting caught up in my own world which has included a whole lot of “office” work.. If you can count consolidating all of the little scraps of paper with workouts, recipes and ideas into files on the computer, while sitting on my couch. 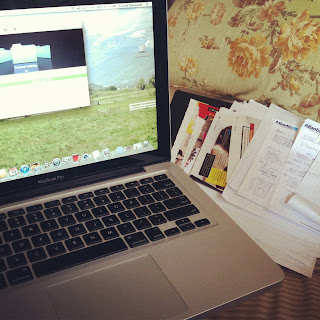 I came home late from teaching the other night and James surprised me with a big kiss and an amazing bunch of flowers. 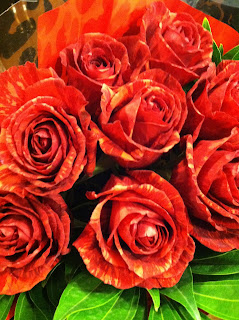 Stress levels have been extremely high.. I’m trying to figure out how to get all of my random little jobs to equal a living, and meanwhile Hydro had another little episode.. We woke up the other morning to him not using his back leg, for no reason. We landed back at the vets office 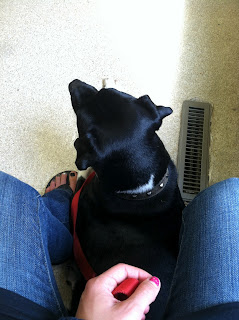 A boatload of money and time leading up to her saying Hydro needed to be put under anesthesia for X-rays and a better exam of his knee (she said he wasn’t letting her check it out well enough since he was in pain- and assumes he tore a ligament in his knee-  which would more than likely lead to surgery.. a $2000 surgery! I’m going to go with a big fat Hell No! Here’s why..
Hydro had surgery 3 months ago… and since then he has not been the same dog. I mean… it’s like going through the surgery killed his spirit.. The once OVERLY hyper and happy boy now spends most of his time looking sad, and lying around.. It sucks.. We thought maybe his Lyme disease was acting up from the trauma of the surgery- but we gave him meds for 3 weeks with very little improvement.. if any.. So I called the vet again to tell them that he wasn’t improving. They wanted to do more testing, etc. to the sum of $300.. So since that wasn’t really in the budget and I knew he wasn’t showing any signs of infection (which would be what they were looking for in these tests). So I took it upon myself to figure out what we could do to help our little guy out.. cue in Veg fast… and then a switch back to the BARF diet (Bones and Raw food) which is said to be the biologically appropriate means of feeding. We saw an improvement in his energy and alertness- but still his spirit doesn’t show itself a whole lot. And this is when  the who leg thing came into play and we were forced to take him since he was in so much pain and actually growled at me because I was trying to move him (Before I actually knew that he wasn’t using his leg) Since surgery wasn’t an option, they gave him some pain meds with hopes that it would heal… And you know what? One day later, he was walking on it.. So who really knows?
Fingers are crossed that he will get better with time (as far as the return of his spirit I mean).. and a trip to a holistic vet is probably going to happen, who I hope with have some other options. 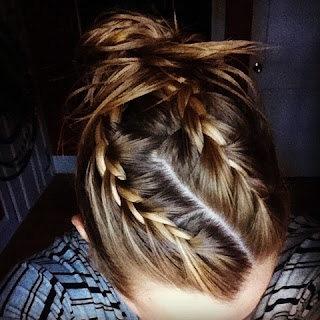 And doing a bit of art projects to fill our walls 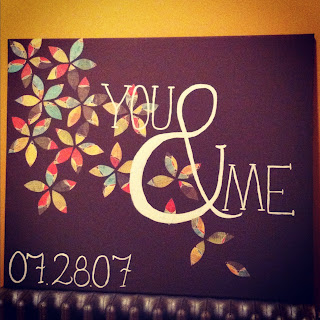 Eats have been pretty basic these days.. I’ve realized that frozen raspberries with a couple spoonfuls of coconut cream and a drizzle of maple syrup is pretty much one of the best midnight snacks 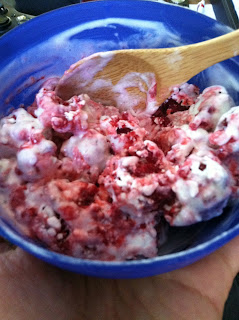 During the day I tend to go for eggs and veggies 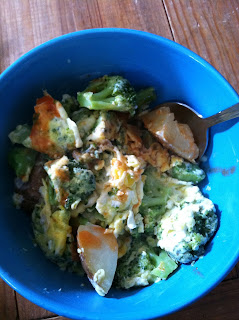 Or sometimes just hard boiled eggs with a  smudge of butter or coconut oil and salt.. all mixed and mushed together..  I’ve had this every day for over a week.. Its the perfect morning snack Other time I just toss whatever veggies and beans together slap some avocado and hot sauce on it and call it a meal.. 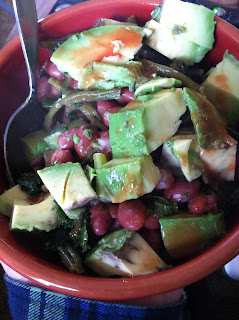 I admit that none of these bowls of food actually look good, but they taste good!