James and I did something crazy…

We gave up coffee for FIVE days..

See, I told you it was crazy… There was no caffeine, no alcohol, no sugar or artificial sweeteners, no gluten or grains.. and no dairy (except for 1 serving of plain yogurt- which I decided was essential for proteins sake seeing as I don’t eat meat) basically no garbage.. nothing processed.  I brought the idea to James and he excitedly jumped on board. Both of us had been feeling run down, bloated and generally blah, so we kind of figured it wouldn’t hurt to give our bodies a break..
The Sunday before I took the time to write out a vague meal plan and shopping list and we hit the grocery. It was a lot of the usually veggies, fruits and nut butters with a couple extras mixed in. Coconut flour, cashew butter (OMG this stuff is AMAZING.. I’m in love) and seltzer water 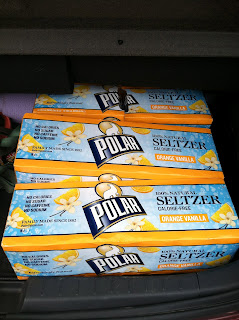 James and I stumbled across this flavor and are officially addicted.

Monday morning was ROUGH. No coffee really hit hard, especially when you get up at 5am and then have to teach a very fast paced class at 6pm. Usually I’ll have at least 2 or 3 coffees and some chocolate… I had a bad headache from 3pm on and was very excited to come home after teaching, eat and crash.
Tuesday was more of the same sluggishness and headaches
I tried to have passion iced tea 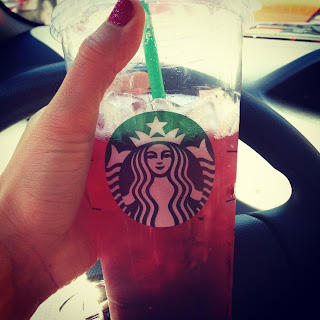 It was no substitute for coffee.. Not even a little, but it was still delicious.
As the days went on I fell into more of a rhythm with my eats, crashes started to disappear, and I ultimately started to feel awesome.
I tried to make a “Paleo” pancake with coconut flour.. and while it was alright, I probably wouldn’t make this exact recipe again. 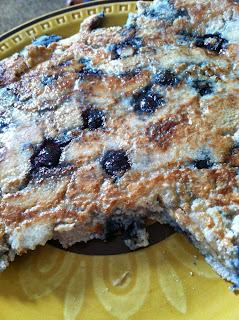 I did figure out my favorite sweet snack.. Frozen raspberries with cashew or almond butter on top- and sometimes both 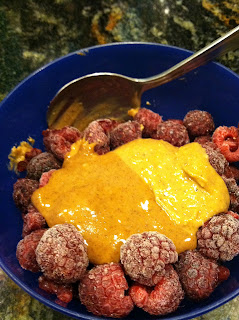 We broke the cleanse with some pizza and a glass (or two) of wine.

I’ve come to some conclusions:
-I definitely relied WAY too much on coffee throughout the day- partially because I love the stuff.
-I was grabbing a a couple bits of chocolate along with the coffee- and crashing hard.
-Grains, flours, and sugars= lots and lots of bloating… and I don’t care for it!

-----> Since the end of our cleanse, I have had very limited grains… I am never going to say that I give them up completely because I really do believe in balance and cutting things out will only make me completely nuts.. and I want to live in the real world- having a slice of pizza every once in a while won’t kill me :)

Any who.. My workouts have been a little bit limited, because I’ve been having a lot of back pain- or actually lower back spasms.. I have since started going to the chiropractor to try and “straighten” things out.. As it turns out the problem is partially due to a structural issue- my spine is not straight down the middle.. nope, it goes to the left a bit- compressing, and HURTING.. There have been many tears and complaining and pampering from the husband- because he is awesome :)
However I taught a killer class the other night- one student told me it was her favorite of all time.. Hurray! 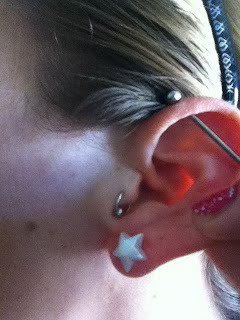 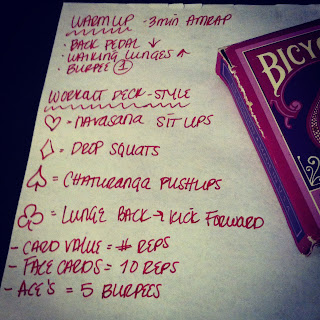 It made me feel awesome to hear that.. a little like a star- kind of like my new plugs ;)

Oh hey, and speaking of my handsome husband 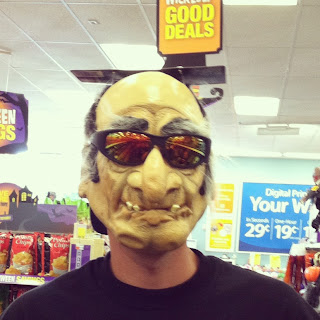