Way back when this Road trip plan was a baby, I knew there were certain things along Rt.66 that I just had to see. But, at the same time, I didn’t want to have a set schedule. I wanted to retain the spontaneity of just getting in the car and going. 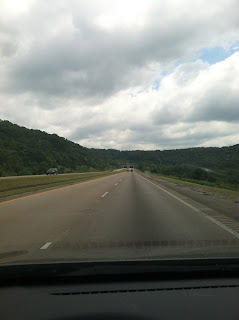 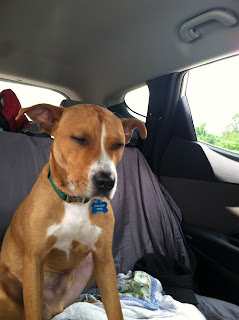 But we pushed on. Somewhere in Oklahoma I found my first Rt. 66 sign of the trip, made James stop the car short, jumped out and snapped a picture. 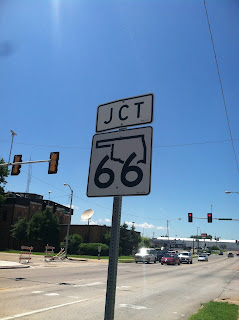 Our first destination in Oklahoma was the whale. I absolutely HAD to see the Giant Blue Whale 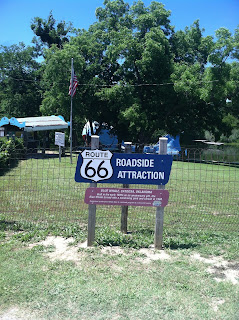 And it totally didn’t disappoint.. 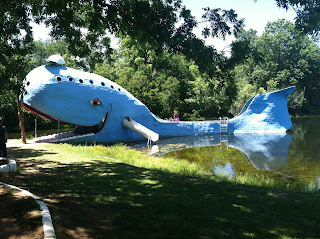 I didn’t realize that you were able to climb up a little ladder and stick your face out of the small holes, or that there was a little landing at the top of the tail you could climb up- which made the view pretty awesome.
I’m not sure when you could last swim in the pond.. but let’s just say there was no “No Swimming” sign required- because it was pretty gross and murky water.. Plus it was filled with both snapping and sun turtles.. Yeah, I’m all set with that. 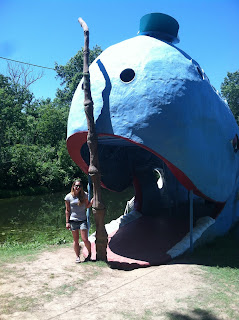 After we left my friend the whale, we decided to check out a Rib joint.. Unfortunately,  since the book I have was published,  Russ’s Ribs went out of business 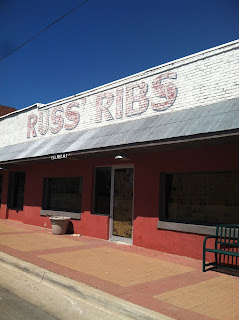 But pretty much the entire town of Bristow looked closed..  Oh well- sometimes you win some, you lose some. 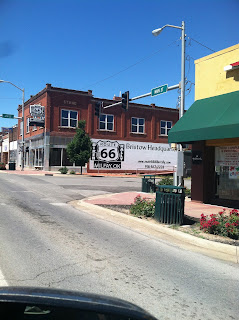 I was feeling pretty defeated at this point.. mostly because I really just wanted to eat more ribs..
So back on the road it was.
We really wanted to find this motorcycle museum that was mentioned in the book.. But the funny thing is- there is never exact directions, or even an address. Rt. 66 technically doesn’t really exist anymore- so it’s kind of like a treasure hunt trying to figure out which roads have replaced it.. or where exactly these places are. So this motorcycle museum was our first real taste of just that. We almost gave up- because we turned around 4 or 5 times, stopped for directions twice and still hadn’t found it.. But we kept at it and finally, FINALLY we found it! Let me just say, it was totally worth the hunt 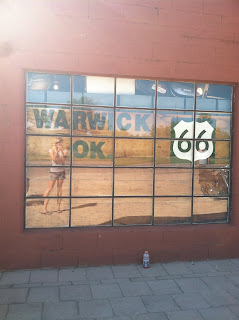 There were some many antique bikes- absolutely amazing! 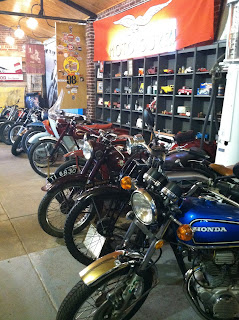 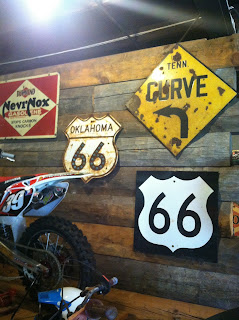 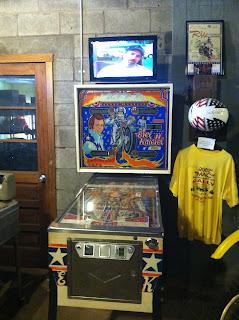 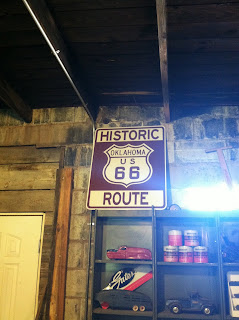 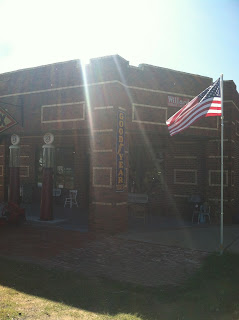 The guy that owns and operates the place was super nice and we chatted with him for a while. Of course I was still on the hunt for some good eats and asked him if there were any good BBQ places around. He sent us 15 miles down the road to The Boundry 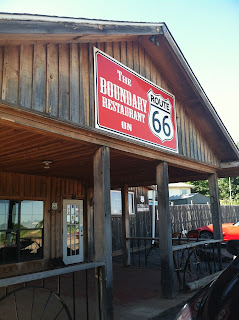 I went with the Pork Ribs with slaw and potato salad (I tried both but didn’t really eat either one) which the exceptionally nice waitress said they were known for, while James went with the baby back ribs. 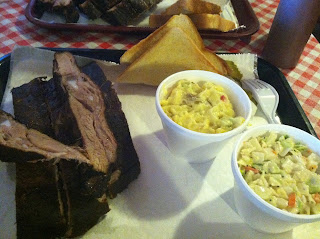 The ribs were pretty good, though not as good as The Mean Pig from the previous day.
I never really liked BBQ sauce all that much in the past, but I’ve found I tend to like the sweeter sauces over the “hot” sauces. Generally it would be the other way around, but there is something about the super smokey flavor of hot sauces I’ve had so far that I don’t really dig.. Where’s my Franks?
After dinner, we started towards Texas. At this point we were pretty much right in the middle of Oklahoma, and I didn’t want to stay the night there (mostly because I’m afraid of bad weather in a tent, especially with all the tornados that have been happening)
BUT
One final stop had to be made 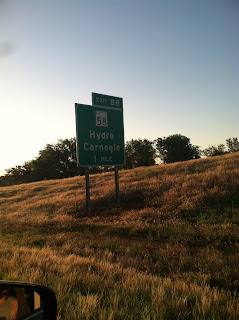 The town of Hydro (Of course I needed a little piece of my favorite mutt with me), home to Lucille’s. 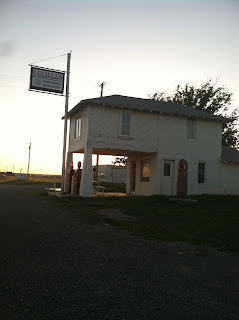 Though Lucille’s has been closed since 2000 when Lucille passed away (and there is now a modern restaurant down the road with the same name) this old filling station was super cute and a must see. Realistically, how much longer will these landmarks exist?
We actually passed it and I made it a point for us to turn around just so I could take pictures.
There is nothing left inside really- just broken down shelving and cobwebs and a couple old gas pumps 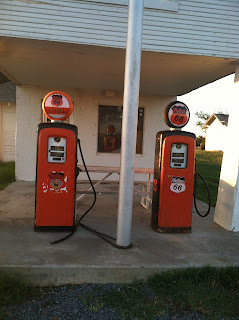 Across the street- one of the few Rt. 66 signs I’ve seen 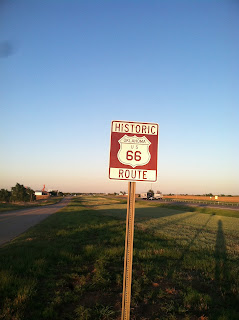 The day really slipped away from us. While we saw and did a lot, the time just flew! By this point, we knew we weren’t going to make it to Texas before the day was out. Instead we just drove until 9pm or so and stopped at a truckers rest stop for the night 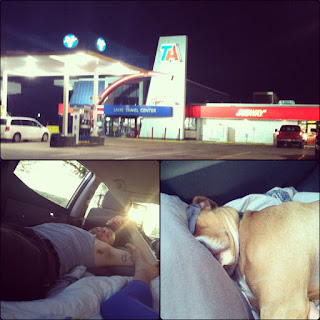 I’m thankful for the rental beast of a SUV that has seats which lay flat. We were all pretty comfy back there! After 11+ hours of driving it was nice to get some rest for day 2 adventures :)
Posted by Crystal Coco at 6:07 AM