Day 1- pretty low key day.. catching up on rest to recover from the drive.

Day 2 (Wednesday)
The first of our adventures was a trip to Pinical Mountain. Shaun had taken the day out of work just so we could go- which was awesome.. Since we had the kids we had to take turns up the mountain. Sarah and I went up first with Kenna and Tuna- but only made it up to mile marker 4 before the sky started to get really dark. (The weather here in Arkansas is pretty crazy- tornados and such) Since we weren't sure what the weather had in store for us- and Kenna started to get a little nervous- we decided it was best to head back down to meet up with all the boys. 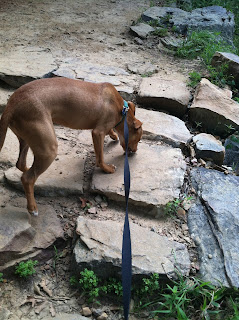 Luckily the storm was nothing more than a little shower and after a half hour or so, Sarah and I went back up the mountain. This time sans Kenna and Tuna. The hike was pretty mild until mile marker 8 or so when the path pretty much turns into a rock face- but over all it's a fairly moderate trip to the top. It was absolutely beautiful- pictures can't do it justice. 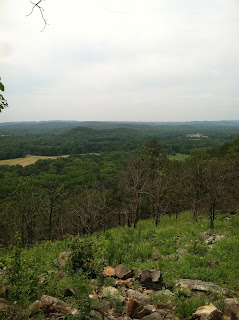 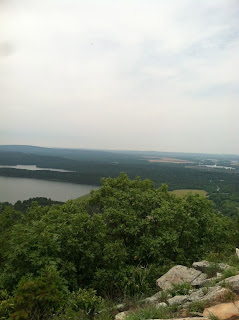 While we were hiking, everyone else was getting some fishing in. Ryker even caught his first fish! 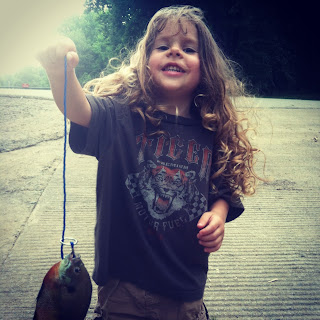 Then it was the boys turn to go up the mountain- while sarah and I hung out with the kids at the playground. 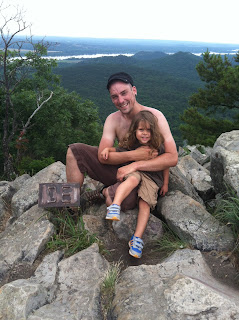 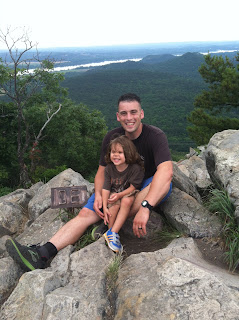 By the time the men got back down the mountain, it was close to 2pm and we were all starved and ready for some food. Sarah and Shaun took us to The Big Orange.. which is basically a funky little burger and milkshake shop- serving high quality burgers from naturally raised animals along with hand cut french fries. 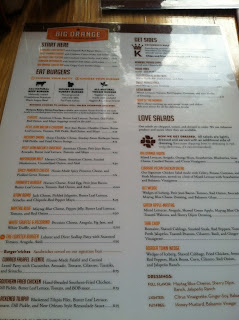 Of course we had to start lunch off with a milkshake.
I chose the Plain Jane Vanilla- which had actual madagascar vanilla beans- Seriously the best vanilla shake I have ever had.. and the whipped cream didn't hurt either ;) I'm just kind of a boring girl when it comes to ice cream sometimes, but The Big Orange had tons of other flavors.. classics like vanilla, chocolate and strawberry.. but also cookies and cream, chocolate peanut butter and Lemon Meringue (which had graham cracker pieces) 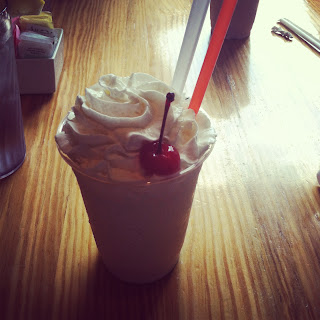 The milk shake decision was simple.. the burger on the other hand… man there were so many to choose from! Eventually I settled on the White Truffle and Pecorino burger.. on a gluten free bun (it was a close call between that and the farmers burger which had bacon-(yum!) cheese and a fried egg) 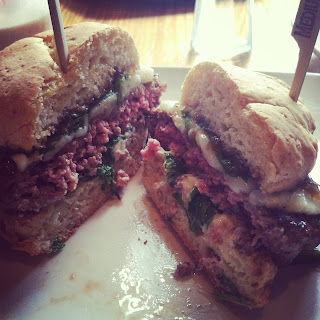 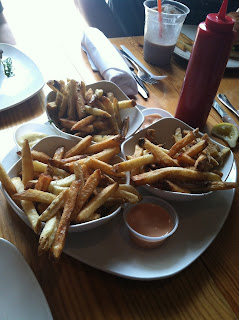 I tried so hard to finish, but the combo of burger, fries and shake was too much for me to handle.. 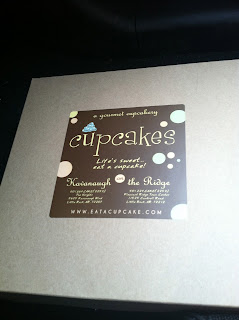 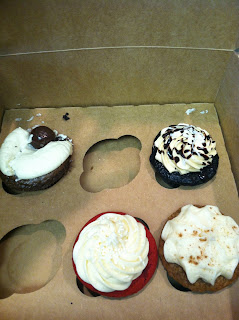 I chose the Samoa cupcake, James the Oatmeal Cream, Sarah the Red Velvet and Shaun the Malt ball. (The kids shared a samoa and vanilla before hitting the sack) 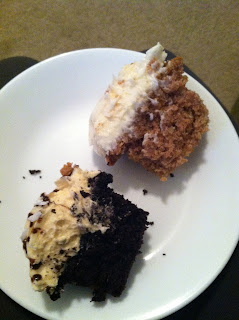 Though I'm really not a big cupcake fan and have been attempting to stay away from gluten.. these were pretty awesome.. Though I'm positive I could have just taken some frosting shots and been happy, hah.
Tuna was pretty exhausted from the day at the mountain and from the heat.. So much so that he put himself to bed and passed out! 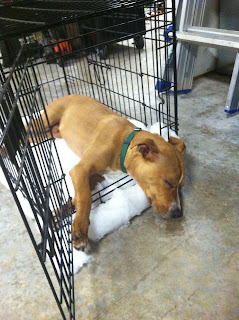 Day 3
While having our morning coffee and breakfast- we made plans to hit the local Zoo. Sarah and Shaun are members and go frequently- and James LOVES the zoo, so it was the perfect way to spend the day. (Unfortunately Shaun had to go back to work so it was just the 3 of us with the kids) Can I just say how amazing my brother and sister-in-law are? They seriously are absolutely fantastic parents and make it look so easy- but man.. being dropped into a family of 4 children is overwhelming at times! Luckily they are pros and the kids are amazing most of the time, haha.. However packing up everything needed, and getting the kids ready is a task. Eventually we made it to the zoo and had a blast checking out the animals. 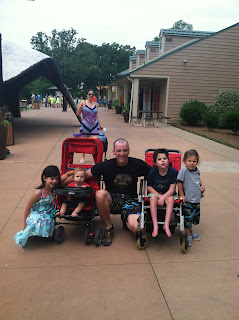 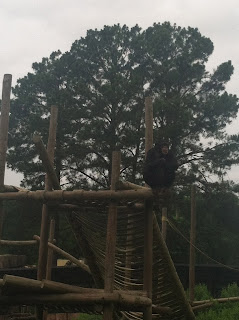 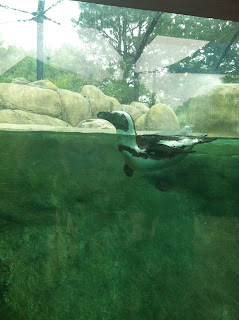 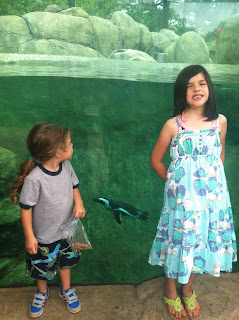 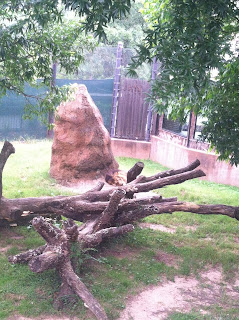 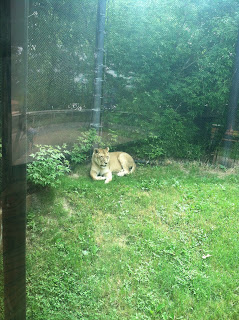 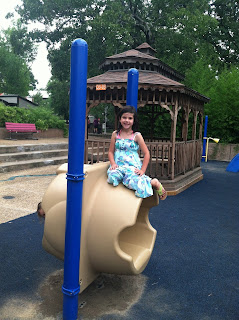 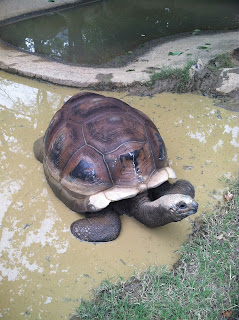 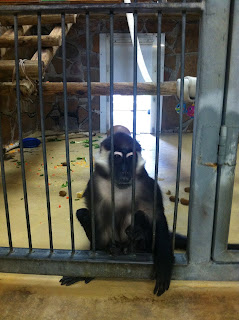 This zoo was probably the most beautiful one I've ever been to.
After a few hours it was time to get home and put the cranky tired kids to bed. We spent most of the afternoon hanging out, prepping dinner, and playing with the kids.