As soon as I hit publish on Thursday- plans got changed again!
My tattoo consult got moved until the afternoon which kind of seemed good at first because James was going to take the drive with me (The shop is over an hour away so having company sounded awesome) But then James was at a job at URI- University of RI- and there was a gun threat (which turned out to be a bunch of 20 year olds playing Zombie vs. Humans- seriously.. imaginary games about zombies in college?! So much for higher education)
So instead James was stuck in the parking lot for the next 3 hours.
The boys hung out with me while I waited to leave for my appointment 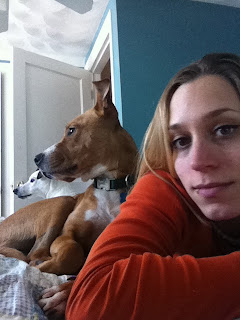 Daddy?
While driving to the appointment- I was 2 cars behind a 3 car accident. Talk about scary! Thankfully everyone seemed ok and I continued on my journey.
My appointment went well. We spent the first half catching up and chatting about why I was planning on getting the tattoo and looking at the tattoo on my other foot- which he has decided we are also touching up/adding more colors when I get the outline of my new tattoo- because having both feet tattooed at the same time really seems like fun. NOT!
Haha.. foot tattoos are supposedly one of the most painful you can get (hands and head are in the same pain category with ribs and hips coming in second) Basically the less meat under the skin then more it hurts. I’ve had my right foot tattooed twice.. so while it does hurt, it’s not enough to stop me from doing the other one ;)
I only took one picture the whole time I was there 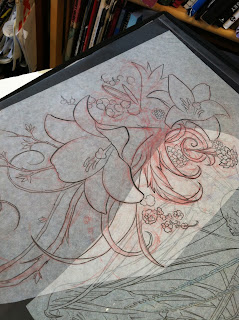 (this is not the tattoo I’m getting)
I left with some homework (final decisions about colors and the font I plan to use for Hydro’s name) and an appointment for the outline (May 16th!)
On the way home, I missed my exit and had to drive through city traffic but still managed to make it to my PT client.
I came home to a beautiful dinner (James really is the best) 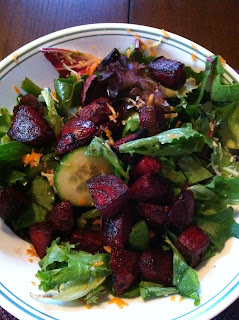 This included my very first time eating an actual steak in over 15 years. It was super fancy, pinkies up grass-fed 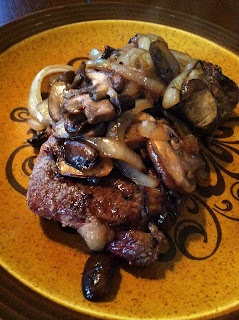 I’m not going to lie.. I didn’t really dig it. I really tried to like it, especially because James was so excited about it.. but it really just didn’t do it for me. I managed to eat 1/2 of it.

Friday I did the last workout of the week for BBB- which I loved.. It was a circuit style workout with lots of balancing moves- good fun! I also ran a couple of miles. I refueled with simple stuff 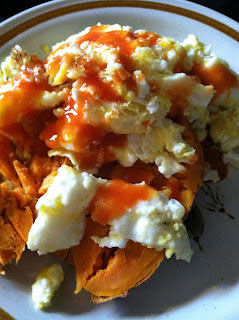 Nice and clean.. Except when I got to work I got a hold of the whipped cream (we make it from just cream and powdered sugar.. and I’m a total sucker for it and eat way too much of it.. oops) 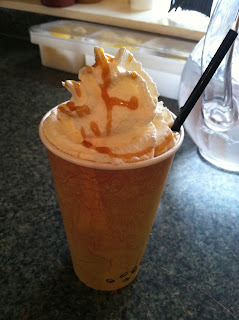 I was extra bad and put caramel on it too.. YUM
After work, James and I headed out on the motorcycle- it was a beautiful day and so awesome to be on the bike again! I even bought a leather jacket- which means I’m totally a biker now ;) Ha.. Yeah right! After jacket shopping we hit up Andrea’s for some awesome greek food 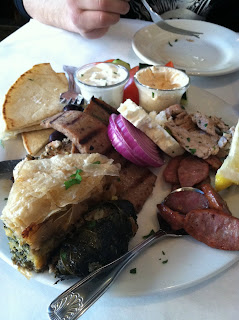 James was a little hungry and ordered SO.MUCH.FOOD. I shared a salad and that appetizer plate up there with him- he also had soup and this entree 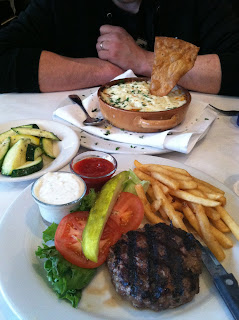 I choose a lamb burger- because obviously I’m obsessed.

Sunday- I had an 8 miler scheduled. I knew it was going to be in the 50’s and sunny so I headed to Providence to run through the city. I was pretty nervous about this run. It was not only the longest run I’ve done ever- but it was the longest I’ve ever run on the actual road (Previously the longest run was 7 miles on a treadmill- which is totally not the same!)

Thankfully, I had the BEST time on this run!
I think for one of the first times since starting the half marathon training, I realized that I actually am becoming a runner.. like I kind of love it. That might change when I have another crappy run- but as of this run.. and right now- I love it! And I also feel like I will not only finish the half marathon- but I will come in under two hours. (I’ve been told that my only goal for my first half should be to finish.. but I still want to finish under 2 hours- because that’s how I roll)
Anyway.. about 2.5 miles in I attempted to run up this hill 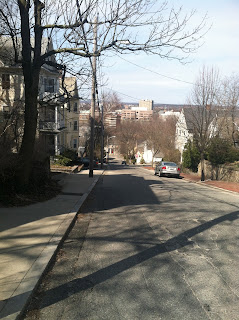 The picture does not do this thing justice.. I did my best, but I had to walk up some of it..
I also practiced a little fueling with Honey stingers..

I ate the whole package between mile 4 and 5. They taste awesome and the texture reminds me of fruit snacks that I used to eat all the time as a kid.. But my stomach didn’t really love it- I got a little crampy. The package says 5-10 chews as a serving and I just went for the 10 right off the bat. I think I would have been fine with just 5.. so next long run I will give that a try and see how it goes.

The worst part of the whole thing? 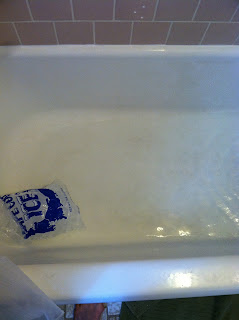 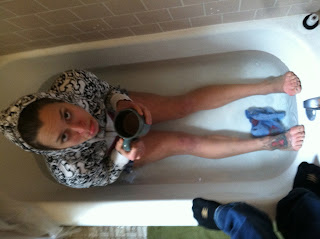 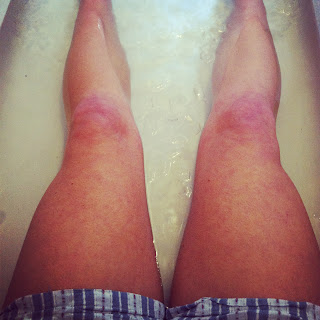 I HATE being cold.. and I hate icing.. so this was pretty much torture! I cried. REAL tears trying to get in there.. James had to talk me through it- I was being a complete baby.. but this is just cruel. Before I hopped in I foam rolled, stretched and made coffee.
Thankfully the 20 minutes went by fast.. and soon I was on the couch with all of my boy trying to warm me up 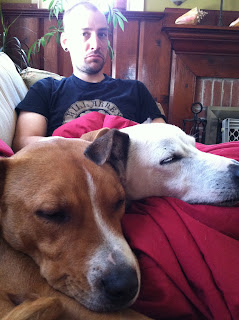 How was your weekend?
Any long runs, or good workouts?
Have you ever ice bathed?