Posting about my weekend which included spectating at the Boston Marathon seems lame..  I really can’t think about much else the last few days, and I’m just hoping they catch the soul-less bastard.

Lets start with some eats shall we?
I’ve eaten the same exact breakfast practically every day..  (Except this morning in particular there was crumbled paleo chocolate chunk cookie in there- that only happened once I swear) 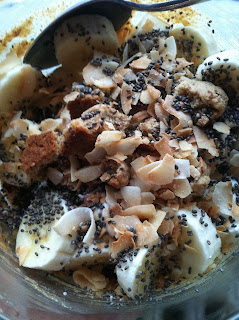 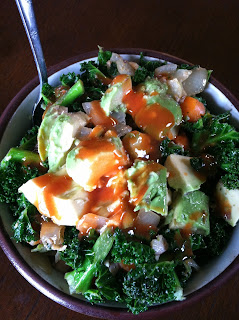 I am obsessed with Lamb.. I know I said that like 5 times in the last couple of weeks.. but it’s true. 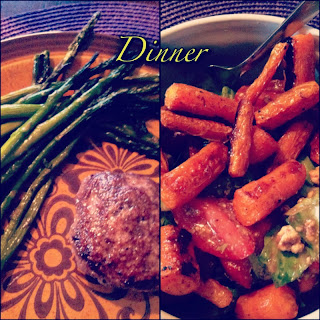 Friday night I had plans to go to a girly wine night- but before I went, James and I spent a couple of hours together and decided to go to Carrabbas for a little appetizer and a glass of wine 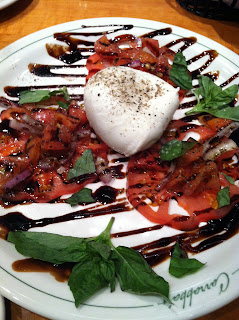 Considering it’s a chain restaurant- this was a nice, fresh tasting appetizer. And really who wouldn’t love a big ball of cheese and fresh basil?
Sunday I got up and ran 4 miles, then came straight home for a quick shower before heading out for a 5 mile hike with James and the boys. We came across this super old cemetery in the middle of nowhere.. 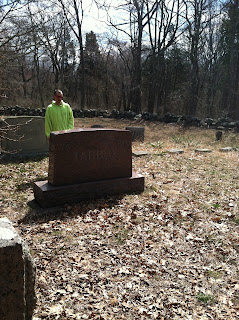 Factoid- I HATE cemeteries.. they scare the bejesus out of me, so I never actually set foot inside of it and just kept my distance while James and the pups looked around. 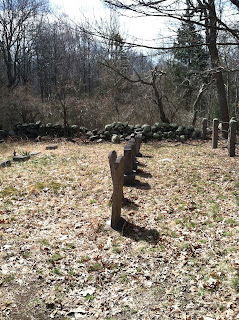 By the time we were getting close to the end of our hike, we were both starved and my legs felt like lead. So we went off the paths and just made our own way in an attempt to get back faster.. This way included bushwhacking and huge hills.. I was not impressed.
We walked through the door with one thing on our minds.. FOOD. I don’t actually remember what else we ate besides these chicken legs (which James made an amazing honey mustard glaze for) 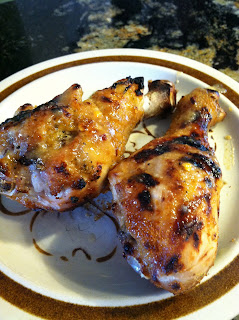 Later in the evening we watched a movie (The Life of Pi) and decided that we were going to take the commuter train up to Boston and check out the marathon since James had the day off..
Posted by Crystal Coco at 10:17 AM