As it turned out- Zumba was canceled last minute.. I was bummed out but I have to admit that nap I took in its place was much needed! 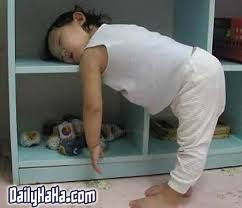 I headed off to teach class which I was pretty excited about because I prepared a doozy- and only 3 students showed up! 4 of my regulars weren’t there which was a bummer because they would have totally loved the ass kicking I handed out tonight. I really considered going for a run after class but I was way too tired to even think about it. Instead I came home and was a good wife- cleaning up the kitchen from dinner and making James breakfast and lunch for work tomorrow.. The poor guy has to get up at 2:45 tomorrow morning so he’s the one passing out early.. and I thought it would be nice to get him all set up so he can zombie his way through the morning.
What are plans looking like for the weekend?
Posted by ZippyZu at 6:21 PM