What better way to start the weekend than a classy box of red wine? Talk about hitting the tap huh? CHUG! 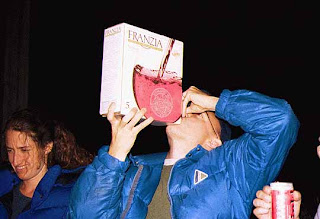 A couple friends came over Friday night for what was supposed to be a “Coco is getting a new table for the apartment- let’s put the 300 pieces together!” Party.. However the purchasing of the table fell through - and we ended up drinking and watching “Salute your Shorts” Now for those of you that aren’t aware of this television show from 1991- get your butt over to google and figure out how you can get this show.. seriously- it’s one of the few shows that are actually as awesome as I remember.. It’s about a group of kids at summer camp.. it’s awesome.. it’s Epic.. just go find it.. 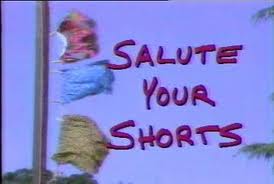 Eventually- (and it didn’t take long) the wine hit me and I was feeling pretty good.. I can’t be held responsible for the  things I say and do when the wine has taken over. Luckily I didn’t get sick even though the room was spinning a bit and I felt like I would need to take a cold shower. Many, many, many episodes were watched and eventually I made it to my bed (also known as the massage mat on the floor) and managed to wake up Saturday without a hangover.. How on earth did I manage that?

I even made it to a pilates class- something I haven’t done in at least a month and a half.. so I was pretty proud of my self.. However since I hadn’t been there in forever, I totally sucked and was struggling to get my body to work properly.. especially when one of the students was asking me to demo forearm stand and scorpion first thing. I headed to my Melinda’s house for some much needed coffee and smoothie (which was also made with coffee- along with bananas, strawberries and chocolate soymilk- omg so good BTW) We headed out for some shopping- searching for an affordable kitchen table for me and work shoes for her. Ultimately we ended up getting appetizers and a bottle of wine which we polished off before heading back to her place.  We parted ways- I still have no table, but she was successful :)  I headed to Paula’s house- hung out and then headed back to my place to watch more 90s TV and have more of the SAME box of wine.. Dude.. there is 5 liters in there.. that’s like 4 bottles of wine- for $12.. I know, I know.. your jealous of the awesome-ness..
After a good nights sleep- two pots of coffee and some breakfast- I took Hydro to Melinda’s house for a walk with her and her fur baby Daisy. We hit up the bike path and the kids swam in the pond.. Hydro has never been a dog to go swimming. He has literally done it with resistance like 3 times… but not today! Daisy loves the water and I think her swimming made him less scared! I was so proud- he’s actually living up to his name! He’s so exhausted- it’s pretty cute :)
James and I hung out- he bought me dinner at a local Japanese place.. it was AMAZING! I ordered Veggie Pad Thai and ate it all.. No seriously.. it was so good.. I couldn’t stop myself. Then we got dessert.. I’m talking Fried bananas and vanilla ice cream. OMG.. It was really nice to hang out with James.. I really miss him. There is a really big part of me that wishes and hopes we get back together… He is an amazing guy- and I can’t imagine loving anyone as much as I have loved him for the last 8 years… I just wish it was easy..
Well there you have it.. the cliff notes of the weekend… Funny that the box of wine is still going strong.. I’m still drinking it right now!
Posted by ZippyZu at 7:50 PM