I woke up early with some stomach issues. (Big surprise since I've eaten all the things I stay away from- and have probably eaten more junk in the last 2 weeks that I have in the last 2 years combined) The plan was for me to get an 8 mile run around town in while James hiked up the mountain the campsite was under.. So I took Tuna out and then tossed him in the hammock with James (who had gone out there to try and get some sleep- still not sleeping well around here) so I could make coffee and eat something- hoping that would make me feel better. 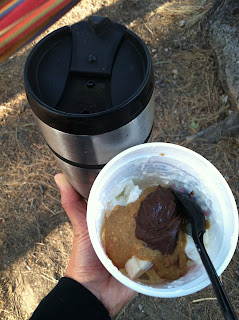 It totally didn't work, actually I felt worse. James went on his hike and I hung back, staying in the tent and getting some writing done while I tried to drink a ton of water and relax the stomach issues away. Sometime around 8:30 I decided to give running a try. I managed 3 miles- not what I had in mind, but considering, I was happy with it.
I showered and chilled out in the hammock while I waited for James to return so we could pack up. His hike was a bit longer than he anticipated, so when he got back we were running around packing up like maniacs (check out time was 11) 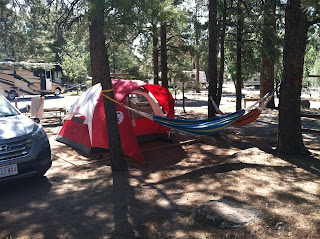 (My personal favorite camp space of the whole trip)
We literally finished and pulled out of the camp spot at 10:57.
First stop, Starbucks of course. While we were at Starbucks, James spotted a BBQ food truck in the parking lot.. and then this happened 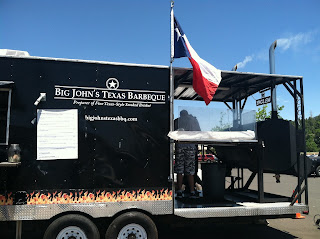 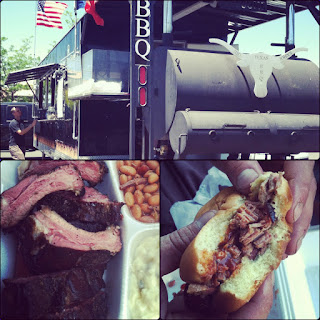 And the best part about it? It was the best ribs we've eaten this whole trip. The Mean Pig was still amazing.. But apparently the food truck overtaking is happening for a reason

So then we drove…
And drove…
And drove some more.
We knew the ride home was going to be long and pretty tedious since we didn’t have any fun stops to make. But eventually we decided to stop for some sleep at a truck stop.. We are so redneck 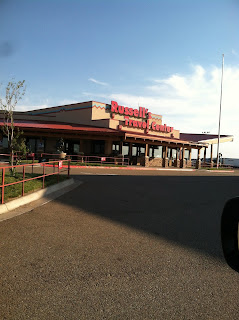 This place was really, super nice on the inside though.

After a night of “rest” 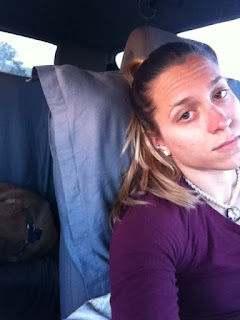 we headed inside for a little breakfast 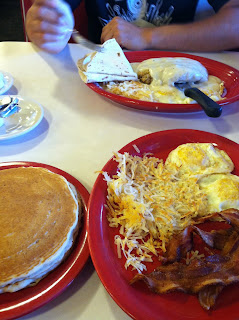 Yup.. pancakes across the country!
These pancakes literally tasted like yellow cake.. or pound cake.. Either way, they were pretty good- though I was definitely way more excited about the thick cut bacon..  (As a side note.. hash browns are gross.. everywhere. Bottom line.) This restaurant reminded me of Denny’s inside 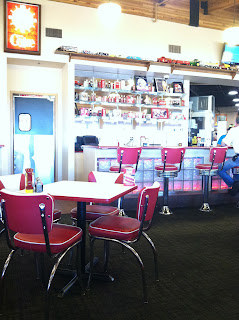 We were on the road by 8:30. Though we didn’t have anything planned but the vague idea of “Driving until we don’t want to drive anymore” I accidentally found a little gem off one of the exits 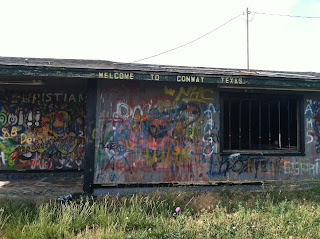 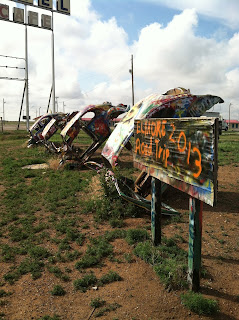 Ok, I think we can all agree that Volkswagen beetles are simply not as cool as Cadillacs.. but it was still pretty awesome anyway. Off to the side, there was my favorite part 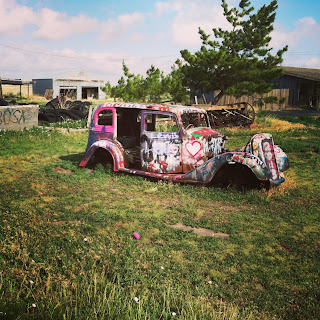 I would totally rock that car.
We gassed up, and moved on… Hunting for buffalo jerky- unfortunately, it really wasn’t that good.. 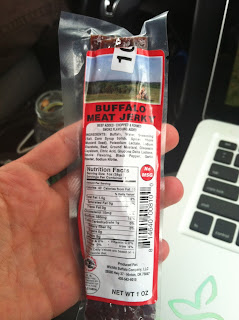 Tuna was starting to get a little stir crazy.. but we kept him occupied with some tug of war 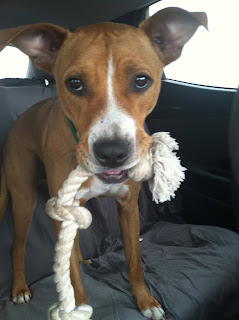 As for ourselves.. there are always interesting vehicles on the road 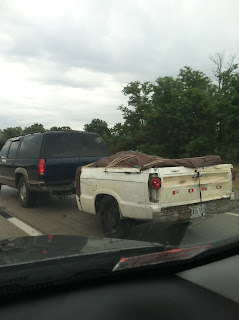 This is literally just a truck of onions.. 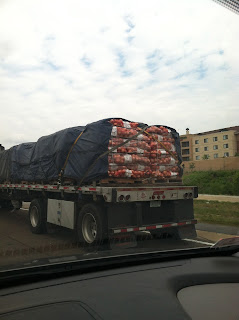 We made our way to Arkansas and decided to stay the night at a campground. It had been a long couple days of driving and we figured a night in a tent would hopefully refresh us for the final leg home. 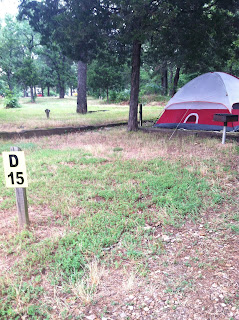 We were very wrong.. This campground ended up being pretty disgusting and a complete disappointment. The sites were totally unkept, the bathrooms smelled, and it was the one night it actually rained the whole trip. We pretty much just shoved the wet tent in the bag and drove for 45 minutes for coffee and breakfast 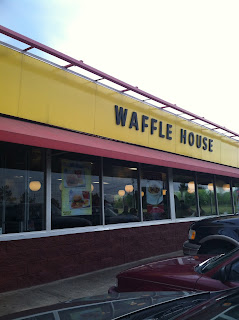 My first waffle house experience, ever.. Again, this place was just like Dennys- and the food was pretty good 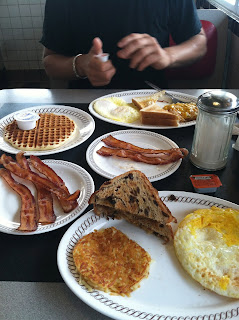 (Minus the has browns, Hah)
Nothing exciting happened durning that whole day of driving.. and the only thing I really have to share was dinner.. 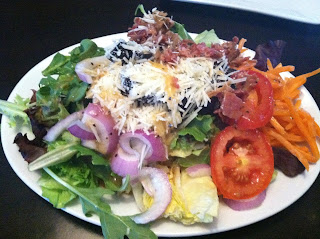 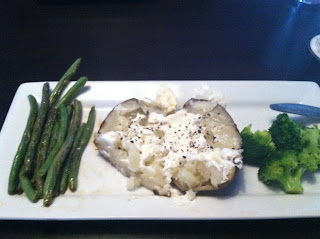 I’m pretty sure my body didn’t know what to do with the veggies.. since I hadn’t really eaten any, but it was awesome to get some healthier food in my body.
And this is when things got serious.
We decided to drive straight through the night and get home a day early.
James literally drove 5 1/2 hours hopped up on Monster and 5 Hour Energy. By the time I got in the drivers seat it was 5AM- I grabbed coffee and drove until New York. We started to hit traffic since it was around 8- so we stopped for more coffee and another breakfast 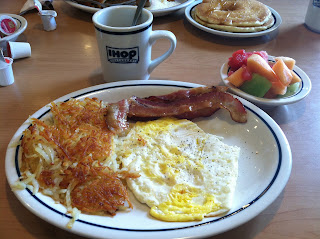 At this point we were 3 hours from home, and no one was happier about that than Tuna. 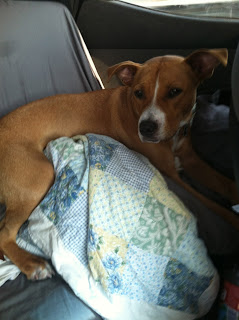 He had just had enough.
I don’t think I’ve ever driven through Connecticut so quickly in my life.
And we finally got home at 11:30AM. After 27 hours of straight driving- only stopping for a quick bite to eat and gas along the way.
One hell of a way to end our trip!