Hey guys!
What a week and capped off the with promise of a crazy hurricane… Here in RI we didn’t see a whole lot of serious damage in-land where I live. I hear the coast took a bit of a beating, and there are plenty of people without power, but it thankfully wasn’t much worse. My thoughts go out to those who weren’t so lucky. <3 nbsp="nbsp" p="p">
Tuesday night my friend and I went to watch our husbands play darts (They play in a league out of a local bar) We shared some J.K. Scrumpy hard cider which is one of the best I’ve ever had. It’s organic, hand bottled and tastes like regular apple cider.. But I assure you there is alcohol in it.. so drink with caution. 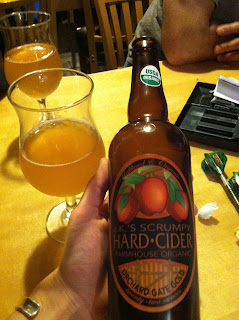 Wednesday I channeled Chuck Norris writing this quote and putting it right in front of my face at my desk. 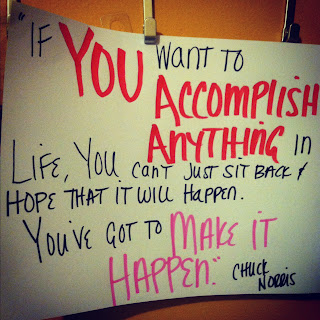 I’m guilty of sitting back and hoping things will just occur. Truly every single job I’ve gotten teaching yoga or some kind of fitness has fallen into my lap. Back when I was still a brand new green teacher, I didn’t really know where to start (and still almost 5 years later I feel like that sometimes!) A friend and neighbor worked at the local YMCA.. They needed someone to replace a teacher but couldn’t pay.. In exchange I got a free membership.. So he talked me into giving it a go, I taught for free for 3 months or so and eventually did get a small amount for teaching the class.. Then a few months later, my sister-in-law told me about a family friend who had just opened a yoga studio was looking for a teacher. (and I still work there today). a year or so later a friend of a friend of a friend was looking at a different studio (which only lasted about 6 months- the owner was not a very nice woman) .. and now recently the kickboxing gym was passed along as well.. (again I’m in a position where I’m not getting paid to teach but I get free membership and can take my PT clients and use the gym for free)
Ok, so you might be thinking.. what’s wrong with that? My answer is simple.. NOTHING.. It is pretty awesome how word of mouth can really get things done.. However, my problem has always been lack of confidence. I’ve struggled for years to get past it, and truly this last year (with the help of a holistic counselor) I have really made some progress. I find it very hard to put myself out there.. I really fear rejection, or doing something wrong.. or just not being what perspective bosses are expecting from a yoga teacher..
See… While I finally found my teaching voice, I know that I’m not your typical yoga teacher.. I encourage my students to laugh, have fun, and even swear if things are hard in the middle of class.. I take pride in pushing them not only past their comfort zones, but to be ok with failing as part of the process.. As long as they try.. They aren’t allow to say that they “Can’t” do something- or I’ll make them do it again- for longer. I have faith in them and their capabilities and I push them believe that they are as awesome, strong people.
As a result, I feel privileged to teach these amazing individuals.. I’ve seen them grow and improve.. I truly love each and every one of them.. The other side of the coin is that there are a whole lot of students that do not return.. In the past I’ve really taken it personally.. I’ve had to take breaks from teaching because my ego just couldn't handle it..  I realize now that its ok for people not to come back, or not to enjoy my class.. and it just gets me to push past my own insecurities and become a better teacher but to also keep believing in myself... Part of that is “Making things happen” - which lately includes making new business cards, making flyers, posting ads.. whatever I need to do to gain more clients..
Too bad I can’t get paid for hanging out with these guys 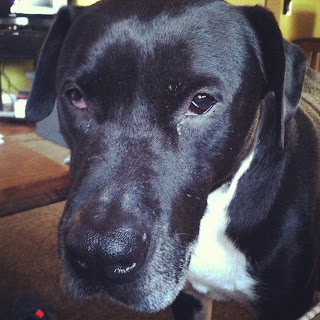 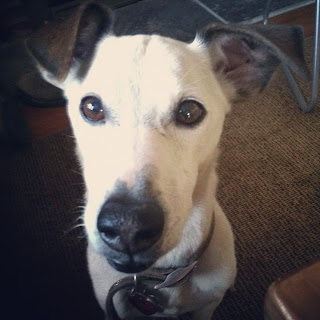 I did manage to get a new waitressing job this week.. So I’m going to take that and run with it.. It feels good to have some money coming in again..
Friday night we had our friends over to carve pumpkins 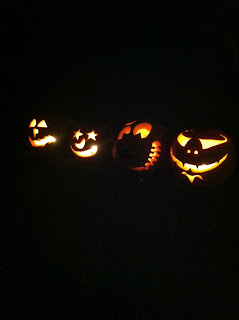 Usually we have a big party- it’s tradition since we bought our house.. But money was tight, and it totally snuck up on us.. At least we managed to carve pumpkins… and next year we are totally going to make up for the lack of party this year :)
Here’s my pumpkin this year.. I named him Lenny.. 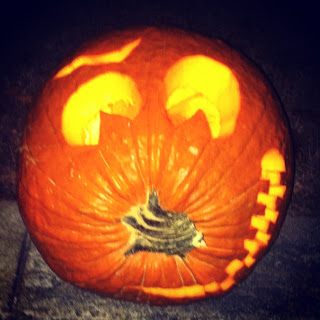 Saturday I worked at the restaurant all day. Pretty much as soon as I got home James and I started to prepare for our friends halloween party. You had to be a vampire, or a circus freak.. or just something in between..  This is the only picture I have of us so far 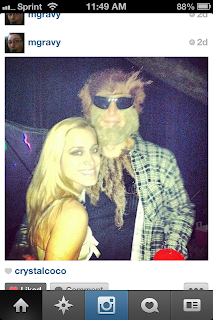 James ended up being a version of teen wolf.. totally by mistake.. haha.. I was supposed to be a vampire, but the teeth didn’t stay in and I had no blood so instead I was a circus freak.. I was wearing a little girls ballet outfit.. (my friend found it at an antique store and since I was the only one who was able to fit in it, it was all mine!) Since it was for a 10 year old, I had to cut out the crouch of it because my torso is way too long, but it fit everything else.. I don’t know if I should be excited that I’m small enough to fit in something made for a 10 year old, or sad that my “boobs” had no problem fitting comfortably in something made for a 10 year old.. hahah..
I’m going to go with the first theory :)
Posted by Crystal Coco at 11:46 AM