Class was great Monday night! I threw them for a loop when I asked them their fitness/health goals- and since none of them had any in mind I gave them homework.. Hah..I’ll be expecting answers next week- and if I don’t get them.. they might be doing 100 burpees.. I’m kind of mean like that. But I think it’s important to have some goals that your working towards..

I didn’t mean to leave you hanging guys.. I posted Monday and then apparently there was a time- space glitch and its Thursday over here. That sure flew by! So let’s do a quick recap shall we?

Wednesday
-Livefit workout @ 6AM with Paula
-20 minutes late to work- I can never be on time
-Went to two pharmacies to get my ADHD meds (this stuff is like gold apparently and its always a treasure hunt.. especially now that I take two separate doses)
-Took Hydro for a walk around the neighborhood with my buddy Laura and her dog Sam
-Made an amazing pasta dinner complete with homemade marinara sauce (amazing.. why has it been so long?)
-Went to Wine and Cigar night- drank 2 glasses of Cupcake Riesling and sat by the fire having some hilarious and inappropriate conversation- well into the night

Thursday
-Livefit workout @6AM with Paula
-Studied and FINALLY finished reading/note taking on the chapter that would never end
-Dogs ran out of the yard at an old lady walking her dog and scared them both half to death (OMG I felt like the biggest ass ever.. once I actually CAUGHT the dogs and got some type of control over them I apologized a million times and made sure the little dog was alright- my dogs did nothing but sniff and bark at her as the chased her running around the old woman…) Epic Failure as a dog mon..
-Proceeded to reprimand dogs once inside behind closed doors.. little bastards
-shopped with Paula- got some jeans for $12 and two chairs for our deck: 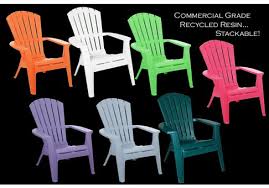 (Can’t wait to hang out in these bad boys!)


Back to my counselor appointment….
We had a little revelation.. I like to be the center of attention.. I know.. mind blowing right?! Haha.. But seriously folks, there are a lot of factors here that are overly personal so I’ll spare you- this leads me to the actual revelation:
All I’ve ever wanted was to be the best at something.. anything.. I just wanted to be special.. stand out among the crowd.
While some might argue that this is what everyone wants on some level- and I do believe that to be true- its much more than the general wanting to be good at something.. You see I’ve always been good at some stuff- not that I would have ever admitted that before. More specifically I have always been a natural athlete- and while I was very good at these activities quickly, I was ahead of my peers already so I never really had to TRY all that hard to be the “best”. And this is where the issue started. (looking back on it now) Anytime something was actually a challenge, I would make excuses; I would quit; I would be very hard on myself; I would feel like a failure; all of which spiraled into “I’m not good enough”
“I’m not good enough”
So many times I would udder those words to myself- and why? Was because I actually had to push myself? Because I was afraid that my best wasn’t good enough- I would just stop trying.. what a load of SHIT!
The things I have missed out on because I was too afraid to try my best and fail.. and instead tried just enough to get by..  Dance, Softball, Karate, School, Swimming, Track, etc. You name it- I sat back  and instead watched it all go.
My biggest regret- I regret not doing my best and sticking with Swimming.. because I could have been amazing and gone on to break records and make something of myself or not… But I just quit.

The truth is every time I think about what I left behind the day I left the pool- I am so mad at myself. I’m mad at my parents for not making me stick with it (not that I’m blaming them at all) I’m mad that I didn’t have enough confidence in myself to try an be great..


So what have I learned?
I will never regret anything else in my life.. Ever. I will give each and every goal 1000% (yes 1 thousand!) because I want to know and truly believe that I tried my best and fought for it.. Even if I fail- it’s not failure. 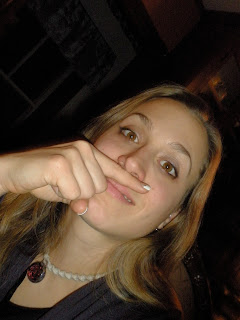