If you have never tried Anti-gravity yoga (similar to silks but the fabric is in a hammock shape instead of two long strands) it’s an amazing workout and is so much fun.. Teresa Kochis in the video teaches an aerial yoga class at a local yoga studio- and I was able to take class with her yesterday morning.. I liked it’s a whole lot more than anti-gravity yoga (the style of Antigravity and the name is trademarked.. meaning that classes seem to be pretty similar each time I have taken them at least) Teresa’s teaching style was much more free form and included a lot of “ if you want to just go for it- do it!” She would also instruct sequences if it seemed a little tough- but it was an amazing class..
Amazingly enough she also teaches an Aerial silks class which you can “drop in” to about 45 minutes away from my house!! I’m super pumped about it because as I have mentioned before I totally want to be in Cirque shows.. It might be a far stretch for me- but it’s something that I would be totally cool with- in the sense of working out hours upon hours each day- and perform.. No joke it’s my bucket list!!
I’m hoping to someday buy my own aerial silks..  A girl has to dream right? Either way after class I was feeling a little nauseous probably because I was flipping all around like a monkey and then it was super hot in the room.. The annoying thing about taking the class at a studio is that they make you wear long pants and long sleeves to keep the silks from getting too dirty so I was sweating up a fricken storm! I got in the car chugged some water and started to munch on this bar

(Not my photo- I totally googled it!)
I got about halfway through it and realized that it wasn’t making me feel any better.. I made it home in one piece- made a fried egg sandwich with avocado and decided that I was exhausted..  so I headed up to bed for a nap until James got home.. Once we both got dressed we drove to Providence to walk around and see some Christmas festival- but we either missed the day or time and just ended up grabbing a coffee and walking around for a while. We ended up hitting the grocery store to grab some stuff for dinner and a bottle of wine- Funnily enough I made it through dinner and 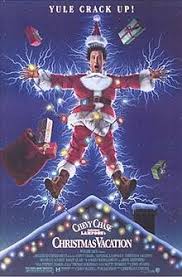