Lets just start with me telling you that I got a beautiful Christmas present from the Hubs: 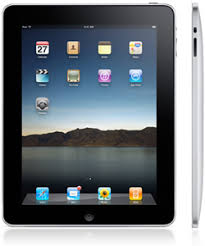 I’m obsessed and I’m pretty sure my Macbook Pro is pissed and feels left out. Now that I’m finally giving him some attention I figured I should pop in and talk a bit about whats been going on around here. Since opening up that bad boy up there on Christmas eve I have been Blitz-ed, Angry Bird-ed, Cut the rope-ed and reading up a storm. This is the coolest gadget I’ve ever had and I don’t know how I ever lived with out it.. In 3 days I have read the Hunger Games and I’m half-way through the second book in the series, Catching Fire.. (The books are awesome- and now I understand what everyone was so excited about.. I can’t stop!) and this was all in the middle of working and functioning in my everyday life- while being sick (more on that in a minute)
I spent Christmas morning at Denny’s being mad at every single customer that had the nerve to come in for breakfast- hah and left around 1:30- ran home to clean up and started the rounds. We hit up both sides of James family before calling it a night (we had Christmas eve dinner with my dad’s side of the family at our house- and hung out with my mom on Monday because we simply could not go everywhere)
I was pretty excited that James didn’t have to work on Monday because in his line of work they don’t get paid holiday vacation.. they get the time off though sometimes- and this happened to be one of those times- which meant we got to hang out in the pj’s drinking coffee and playing with the new stuff we got. After visiting my mom we went to a couple stores looking for both a case for James Ipod classic that I got for him and my Ipad- it was a zoo out there! Eventually we came home and I made soup because I was starting to feel sick- and then headed to our friends house to watch SOA and have some pizza.
I worked Tuesday, Wednesday and Thursday- all the while getting more sick by the day. I did manage to work out 3 times this week. Once at home for only 15 minutes (tabata) and 2 gym visits (upper and lower body) and I taught my class last night which was a feat in itself considering.. I’ve been feeling a bit “thick” from the holiday indulgences and disappointed that I didn’t work out harder this week- but hey the body had other plans- so just making it there was enough and I’ll have to be content with that.
Back to the sickness
I’ve had trouble with my tonsils and sinuses for a long time.. usually they will act up and I will just make my way through it without seeing a doctor- because they never actually do anything but give me pills. So I had been trying to do that this time- with James bugging me to go to the doctor because I’m coughing up a storm each night.. but I had been pushing it back, until I woke up this morning with what seemed like pink eye..  (which apparently can occur when your body is fighting infection.. who knew?)  SO I made sure I was at the doc as soon as they opened so I could be in and out of there. after an hour I had my diagnosis (which was exactly what I told the doctor it was even though they insisted on giving me a strep test) I have pink eye, tonsillitis and a sinus infection.. sweet.. and just as I suspected.. pills for 10 days and eye drops for 5..

I took this as a blessing since it means I don’t have to work New Years day!!! I was supposed to work all day- but I convinced the doctor to extend it to Monday :) Thanks doc! Work has been pissing me off to no end- especially yesterday when an old man said he was surprised I knew how to use my brain.. I wanted to smash the pot of hot coffee right over his head.. but more than that- I am about to get shafted on hours- and even though I really don’t care, I have to because it’s my only option for work right now.. so this is my way of sticking it to the man who made me work on Thanksgiving and Christmas and miss time with my family.. Happy New year!
Posted by ZippyZu at 7:24 AM