I spent the weekend at the big toaster- 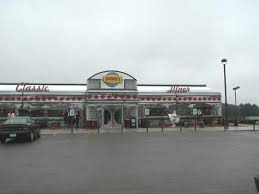 Word on the street is that you can come out to breakfast and leave less than 10% tips because that’s awesome of you.. All of your waitresses appreciate it..  But hey I’m thankful I have a job- and some people that come out to eat are actually nice to us :) After work on Saturday James and I headed out to a Friendsgiving party- and I made some pumpkin mac and cheese which was completely experimental (modeled after a vegan version James and I make and love BTW) It was all James idea- and it was the favorite thing of the party (I’m not just saying that- it was a voted kind of thing) I’m planning on making it for the real Thanksgiving and I will have some photos and a recipe of some kind.. Truth is that it’s not exactly healthy- since there is Velveta “cheese” in it- but I figure the pumpkin evens it out. Friendsgiving was lots of fun- though I wasn’t planning on eating outside and didn’t really dress warm enough, but I survived around the fire and snuggled with James. I love the idea of having some celebration time with friends.
Unfortunately working all weekend made me super tired and after getting out of work today I watched multiple episodes of One Tree Hill on Netflix- I should probably go to the gym- but running around the restaurant all day was plenty for me… Regular workouts to resume tomorrow after babysitting.
How did you spend your weekend?
Posted by ZippyZu at 2:21 PM